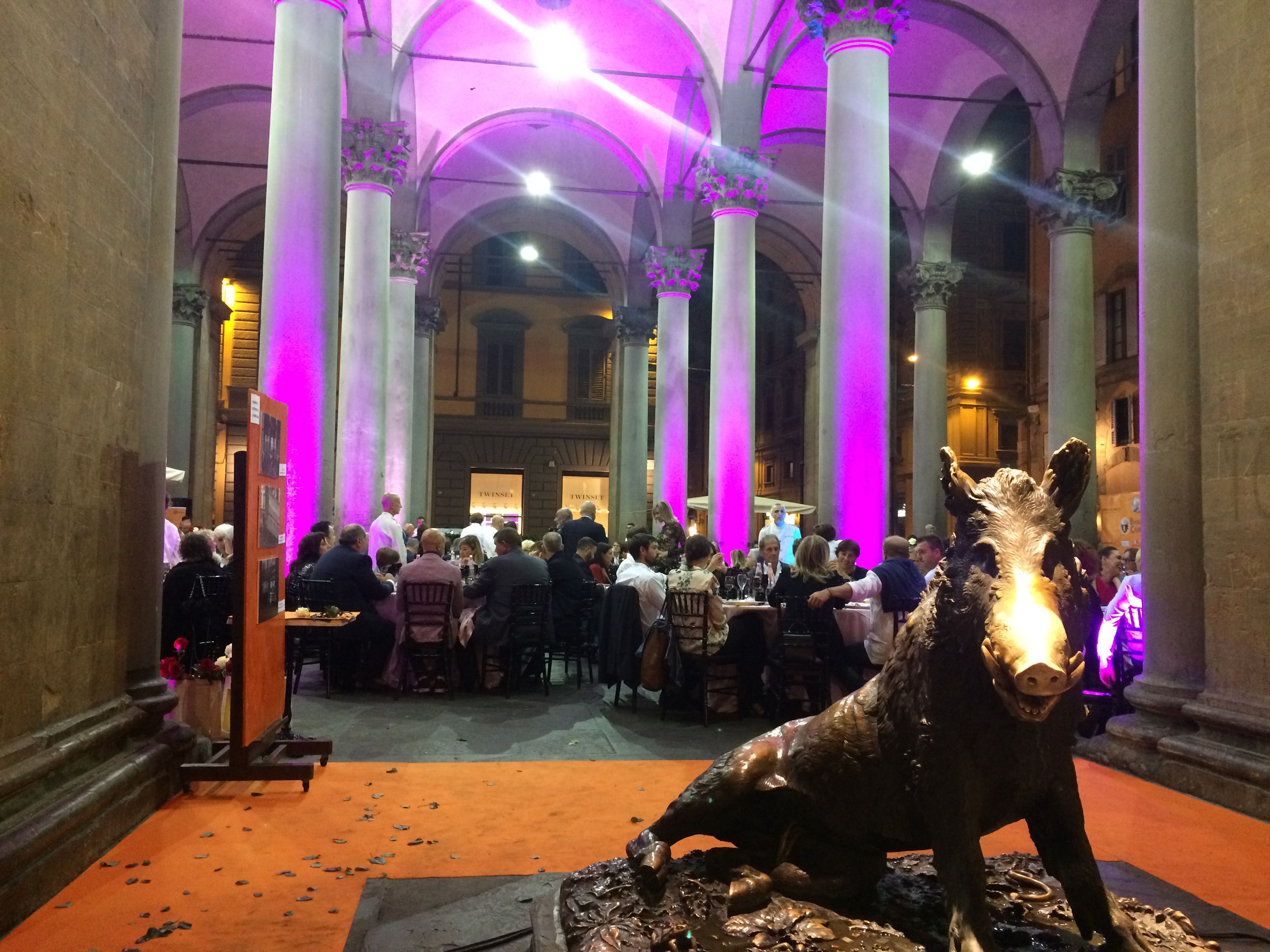 The Porcellino Awards was established in 2004 with the aim of offering recognition to all those personalities who, in different professional fields, contribute to enhancing the role of Florence as a symbol of culture, science and sensitivity.

The prize came to its 14th edition on Sunday, September 10 at 20:00, with the traditional gala dinner under the New Market Logges for about 400 guests. At the evening, organized by the market players of Porcellino and presented by Alessandro Masti and Cagliostro, was chaired by the Mayor of Florence, Dario Nardella, in addition to the Economic Developer Cecilia Del Re. Obviously the gala dinner was taken care of at the lowest details of us Delizia Ricevimenti.

The designer Ermanno Scervino, the singer Dolcenera, the big Pasquale Mennonna, the makeup artist Alessandro Bertolazzi (the best makeup and hairstyle in the Suicide Squad film), the art collector Giuliano Gori, the delegate A.N.T. Simone Martini and Cardiologist Primary of Careggi Pierluigi Stefàno Hospital: these are the characters selected by the Porcellino Prize Committee for the awarding of the 2017 awards.

Source: Press Office of the City of Florence

Discover the photos of the event ⇒